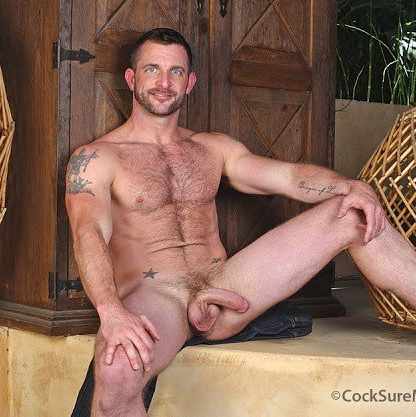 Morgan Black: I was born in rural Pennsylvania. I was a relatively athletic kid, I played baseball and ran long distance for the track team. After high school i attended a small Christian college. After college I joined the Army, and that’s where I sort of stopped dating girls. In the Army is actually where I lost my gay virginity.

Watch MORGAN BLACK in these scenes:

Morgan Black fucks Jason Michaels in ‘All The Way, Scene 2‘ at RAGING STALLION