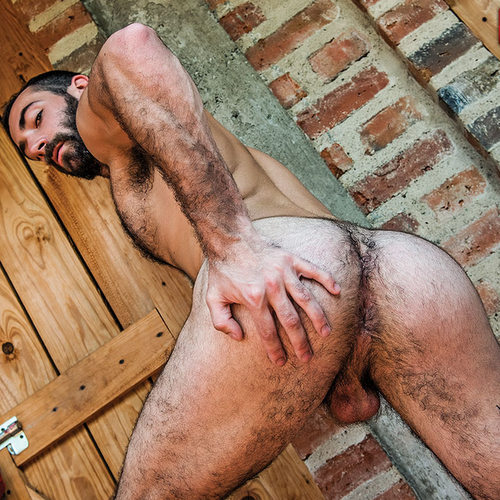 He is so hairy. He is so sluty. Also his hairy ass is always hungry for some nice RAW dick!

From Lucas Entertainment: Otter, otter, otter… I’m taking a lesson from Beetlejuice and calling up the perfect otter. So here he is and that’s Stephen Harte! So Stephen is a resident of New York City, where he makes all the boys sweat in every gay bar he visits. This stud is currently earning his yoga certification, which explains why he’s so limber in the sack.

Stephen said the following when asked about his adult modeling career: “I’m a very sexual fella and I have no qualm sharing my sexual exploits. I see no shame in sexual behavior, so it has always interested me to share that in a more public manner.” Stephen went on to talk about his preference for bottoming: “I am definitely more on the bottom side of life. Also I love a guy who wants to please a bottom and there’s no better way than taking me on all fours!” Finally Stephen Harte is a hot son of a bitch who has an awesome career ahead of him!

Watch STEPHEN HARTE in these scenes: